I want to give a big thanks to Rhobin for letting me be a guest on her blog!! Love ya, girl!

So, what makes a hero sexy? To me, it's his personality. It's the way he treats the heroine. And of course, he must have a soft side to him. He MUST be yummy inside and out. (grins) I hope I've made all my heroes yummy, and so far my readers tell me I'm doing a good job. Hee hee. That's good to hear!

I have two more books coming out this year, which brings a grand total of NINE books released in 2009. Whew! I feel exhausted. But I'm still pushing to get more published next year.

Tomorrow will be my next release - Queen Of Hearts will be released with Bookstrand Publishing. 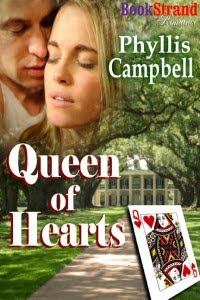 Dr. Cecilia Ashby is forced to disguise herself as a man in order to practice medicine in a small Southern town after the Civil War. When she stumbles across an injured gambler in an alley one night, will her ruse get the better of them both? Especially when she finds herself attracted to him.

Gambler James Lawrence has played his last hand and finally has enough cash to buy back his family’s plantation that the carpetbaggers took from him…until he’s blindsided, robbed and left for dead. After an interesting stay with the town doctor, he finds his stolen earnings in the hands of the young thief and his sister, Cecilia Ashby, now residing on his plantation.

James and Cecilia both want the plantation, but do they want a long-lasting love even more? Battling deceit, betrayal, and disguises, the two must confront their biggest challenge yet – themselves.


And in December, my historical - Belong To Me will be released with The Wild Rose Press. 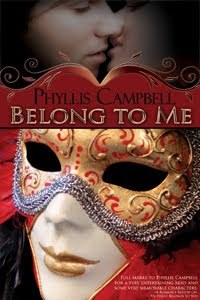 Please check out my website for more of my SEXY heroes!!

Now you tell me...what do YOU think makes a hero sexy?