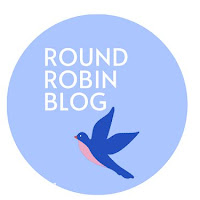 Most novels have an easily understood point to make to the reader. Do stories ever have a more subtle or intuitive theme?

Actually, this is a hard question to answer.

To intuit is "to know, sense, or understand by intuition" (Merriam Webster definition). Intuition is what we understand, often unconsciously, about any situation. A condition usually based on our previous experiences, our senses, and our primal instincts. In writing, if used intentionally, it is good because the author involves the reader on different levels of perception. But it might be unconsciously used with unexpected results and the reader can sometimes perceive themes in writing that the author never intended. Words and minds are tricky things.

Since every word can give slightly different meanings and connotations, it shows how the author's intent in using certain words can sometimes differ dramatically from how a reader understands them.

When might it be a conscious choice by the author? An aware author can use situations that leave the reader to decide what the character felt beyond the obvious action. When a reader encounters a situation they have experienced, either emotionally or physically, then they intuitively know the cause for the character's reaction.

This often happens when the author uses a show rather than tell method. Showing usually involves the use of description especially in a character's actions and expressions, leaving it to the reader to share the character’s reaction from their personal understanding. The reader's perception might be very emotional, especially if they have experienced the same or similar situations. This often happens in emotional scenes, so most writing probably has intuitive emotional themes.

The opposite can happen, too, from both author’s and the reader’s perspectives. An author might unintentionally insert oblique messages, and since we all experience life differently, we all have a slightly different understanding of what is happening. The reader might also have had a very different reaction to an experience, meaning their understanding of the scene might differ from what the author intended.

We often use gut instinct for insight. Intuitive means a reader can understand without a lot of explanation from the author because the situation or emotions are so familiar. They don't have to think about the meaning. They know it. While these subtle reactions might be unacknowledged, they still have an impact on the reader.

My guess is I’ve used intuitive writing and that most authors have also used it, especially since one goal of fiction writing is to engage the reader’s emotions.
Please visit the following blogs for other takes on this topic.
Connie Vines
Judith Copek
Diane Bator
Fiona McGier
Dr. Bob Rich
Anne Stenhouse
Victoria Chatham
Helena Fairfax
Skye Taylor
at 12:00 AM 9 comments:

Eden was pruning her roses when she spied a curled up snake. Grabbing the snake directly behind its head, Eden tugged it from the tangle of shrubbery.

“Gotcha. Damn snake. Don’t care if you are good for the garden. I don’t want you in mine.” Its length coiled around her arm. She put her garden pruners to the serpent’s head.

Eden jumped, gasped, and a middle-aged bladder leaked. Death-grip fingers grasping the snake released as she tried to fling the thing away. The serpent’s coils clung to her arm. Her voice clogged in her tight throat. “You spoke!” She stretched her arm out as far as she could to get the serpent away from her.

“Yes. I’m an explorer from the galaxy Peareedeeessiss.”

Her mind flooded with movie images of alien invasions. “You'll destroy my world!” She clicked the pruner blades open.

“No! Wait! Just sightseeing. Don't hurt, please?” Pleading tones turned supplicant. “I can change into any shape that pleases you.”

She looked into the alien’s beady eyes and angular face. Was changing shapes any stranger than a talking snake?

“Change like a werewolf or a vampire?” Curiosity tickled her imagination. “Anything?”

“Even a human.” The alien’s coiled body slithered over her forearm in a sensual touch.

Eden hesitated as the sensation brought romantic reminiscence of her husband Guy trailing arousing fingers in such a way. Not that for one instant did she believe Guy’s love had faded, but mutual interests had long ago changed to singular pursuits.

An explorer… a stranger in an unknown place; perhaps he desired companionship as much as she did?

She took him inside. What was she to do with him? Let him slither around the house? Get away? No. She popped him in the empty cookie jar. Always empty now as the kids were gone and she didn’t need the extra calories. The alien’s coiled up body just fit.

Guy came home from work. “Hi, sweetie.” He gave Eden a perfunctory kiss and then found the TV remote. “Big game tonight. Mind if I have dinner in here?” He sank into the couch.

“Sure, honey. You can watch the game over dinner. You mind if I go out?”

“Not at all. You have plans with your girlfriends?”

“No, but while you watch the game, I might as well visit the library, or maybe the museum.”

Guy’s supper served, Eden changed to dressier clothes. Guy didn’t notice when she walked through the living room with his suit draped over her arm. Already the announcer’s voice boomed game statistics and predictions over rousing music.

In the kitchen, she pulled the snake from the cookie jar. It wrapped around her arm. “Be Guy.”

The snake fell from her arm and morphed into Guy. She handed him the suit. “Let me take you out to dinner,” Eden said as he dressed. “Afterward, I can show you my world.” Exciting opportunities opened her mind and Eden smiled. She brushed some scales off the shoulders of the suit as the serpent pulled on the jacket.

As she opened the door to the garage, Eden heard Guy shout from the living room, “Bye. Have a good time.”
at 12:00 AM No comments: