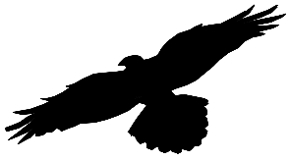 After my dad’s funeral, my family flew back to Missouri. Arriving home, I stood in the driveway and looked at a large black silhouette in the leafless, old sycamore tree towering over the house from the backyard. For the first time ever I saw a crow in this suburban area, a rare event. One sat at the very top branch of the tree. I knew he was Jake, and have treasured both crows and ravens ever since.
at 12:30 AM No comments:

While I love the images of paranormal beings, I do not believe they exist in the physical world; not angels, demons, dragons, ghosts, ghouls, phoenix, mermaids, unicorns, werewolves, vampires, or zombies. If something doesn’t have a chemical identity, i.e. no subatomic particles are involved in a thing’s makeup, then it cannot exist in this universe. Yet, while I do not believe they exist in reality (a whole other kettle of strange concepts), I must also admit in some ways, maybe they do. I think they exist in our imagination, hopping between the brain’s neurons and synapses. Humans seem to need them, and the imagination can be a very powerful and insistent tool. Does that make them real or unreal?

Sometimes these images become so firmly entrenched in a mind that the person believes them real. Certainly, many people believe in them, especially when they are tied to faith. With the changing understanding of the universe by quantum physicists with their theories about how sub-atomic particles operate, with theories of space-time, and with the possibility of multiple universes, an infinitesimal probability exists for their physical reality.

Another interesting link to this idea is that we often identify some people by the characteristics we associate with these beings. Those who suck the life out of their associates are called vampires, or bloodsuckers. Those who are inevitably caring and giving, we know as angels. Those we've loved and have passed will always haunt our memories. Are they any less real to us? These human angels, spirits, ghosts, and demons I definitely believe in. People have done things far beyond angelic and far worse than demonic.

The image of an angel on one shoulder and the devil on the other isn’t about these beings' existence, but about a choice an individual must make and then how they bear the consequences of their choice, which dresses these beings with a moral cloth. Other paranormal characters also deliver messages about choices: dragons are protective or destructive, phoenixes tell us to ascend from failure, zombies tell us to change our lifestyle, werewolves about our changeable nature, and ghouls remind us to be wary. Therein lies the story.

Why do these symbolic personas continue to intrigue us?

Probably because their characteristics are so human, and because they relate such fascinating stories and lessons. Another reason might be that the human imagination is such a resilient and compelling feature of human identity. Minds are capable of creating spiritual voices and internal personages, both good and evil. And if we can imagine our own individual phantom presences, we can certainly identify with those paranormal beings entrenched in history since we have not essentially changed from those long-ago folk. Soul, spirit, inner being, self, heart, or psyche, whatever we want to call it, our insistent inner voices understand these powerful allegorical beings. Each identity symbolizes a message about being human; therefore, I enjoy reading and writing about them while trying to understand their purpose and message.

Please visit these other blogs participating in this round-robin topic:

A Confederate Flag in Michigan?


I pass your home every day as I go and return from work and always think: You’re flying a Confederate flag in Michigan. Really?

While I respect your right to free speech, and I presume flying this flag is a form of free speech, I wonder at your purpose.

You do know you are in Michigan, right? A Union state. A state that sent seven regiments of soldiers to fight under the red, white, and blue as represented in the stars and stripes of our National Flag. 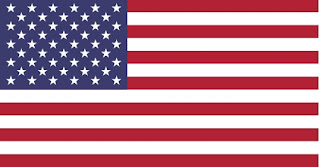 So many soldiers that Lincoln is claimed to have said, “Thank God for Michigan.” Between 14 and 15 thousand of those soldiers died of battle wounds or disease and never returned home. That’s about one out of every six who went; so, many Michiganders died fighting the crossbars of the Confederate flag you fly.

Since then, many more men and women from Michigan have served the stars and stripes. They fought for you to keep the right of free speech and expression, even for you to fly the flag that would have denied the same rights to so many of our citizens. Maybe you're trying to say their efforts were, and continue to be, in vain? They weren't and aren't. You're flying the losers flag. May we not subvert the flag that represents our Constitution, the flag that represents our rights, the flag of the United States of America. Let us hope it continues to represent all citizens' rights for millennia to come.
at 6:31 PM No comments: