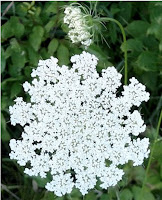 I garden, but somehow the science — scifi/fantasy aspect is always bubbling on a back burner. Just how do you mix plants and gardening with fantasy and science fiction? Perhaps considering plants gives me insight into not only basic survival but also the universe beyond mere biology.

For survival read any of my posts on plant intelligence: Corn Clicks, More Signs of Intelligence, and Considering Aliens... Like Trees.

For other survival traits, consider plant chemistry. While many of our medicines come from plant compounds, so do many of our most dangerous toxins. Even some edible fruits like tomatoes can be toxic if eaten green, although cooking destroys the toxicity. Early man had to learn the hard way how to distinguish the good plant from the bad. Doesn't that generate science fiction ideas about man's survival on a foreign planet? Or perhaps a fantasy about sorcerers who know the inner workings of strange plant abilities, or because they can commune with plants thousands of years old, have greater insight into the world? Or how about this: a change occurs in Earth's plants and they gain sentience (If they don't already have it)? Oh! Oh! Or how about a plant that if eaten can confer a sixth sense or some other paranormal ability? Or perhaps human scientists transfer plant genes for longevity and self-healing into humans?

How about mathematics and the fractal nature shown by many plants? Now I can't explain the actual mathematics behind fractals, even after reading Wikipedia. If you are unfamiliar with fractals, Google plant fractals. These beautiful designs are often replicas of designs found in geographic features of the world, too, and this makes me speculate on the quantum theory and the universe's struggle between order and chaos. 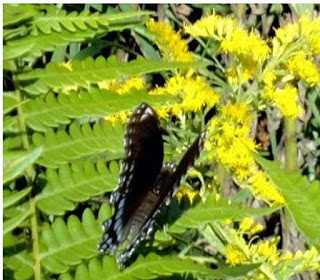 Perhaps the Earth is the center of the universe, despite our 'scientific' discoveries and theories, and maybe the Earth, or Gaia, the great mother, is a plant eons old. Maybe an 'intelligent' plant can move from one continent to another by sending rootlets through the Earth's crust, and can also move throughout space? I know, I know, far-fetched. Still… seeds floating the ocean's currents have been known to move plants to new lands.

Other ideas come to mind. How about if a lotus-type seed, already known to stay viable for centuries, is somehow lifted into the atmosphere and is then flung into space? The seed travels on solar winds and ends up germinating on a foreign planet capable of sustaining life. What if the seed had been genetically altered to carry a copy of the human genotype? If it grows, will humans have successfully established themselves on another world?


Plants are miraculous life forms. In some ways they control the atmosphere and climate, so control our lives. Don't believe me? Consider drought's effects on grain crops in the West and Mid-west, and get prepared to pay much more for food. Is this partially due to the rainforest's destruction and their atmosphere cleaning capabilities? Maybe. Plants can grow in the harshest locations and have many unique characteristics. Maybe the first aliens will be plants.

Humans have to have plants to survive. Playing with the concepts about what everyone thinks they know is what creates fantasy and science fiction. Got any ideas? Have fun imagining!