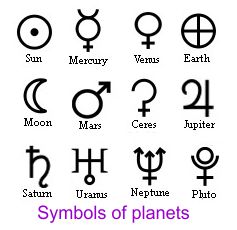 With any symbol, it is the personal interpretation that counts. All the symbols found on any keyboard (letters, numbers, punctuation marks, etc.) are pretty straight forward in meaning for the translations of sound. It is the other symbols in every society that are often open to interpretation by an individual's understanding and psychology. Some individuals even select personal symbols to represent their psyche. This is why I find symbols fascinating.
at 12:00 AM