How Far Can Fantasy Go? 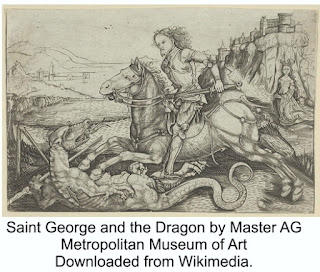 Fantasy may be one of our oldest genres in storytelling. After all, isn’t it astounding that stories of ancient gods in mythology and all the strange happenings that take place in folktales and fairy tales remain favorites? Fantasy stories have been with humanity for a very long time, and it seems their existence has affected the believably limits of all other genres of storytelling.

Folklorist scholar Vladimir Propp studied Russian folklore and found similar plot characteristics and characters existed in the stories, as he explained in his 1928 book Morphology of the Folktale. He discovered certain actions and events common in all the Russian fairy tales, and many of these same elements are found in contemporary stories no matter the genre. Before Propp wrote his book, Swiss psychologist Carl Jung had already started exploring the concept of archetypes and the collective unconscious, all of which helped to explain aspects of storytelling.

However, it is the reader’s relationship with the characters that might count the most in reading any story despite its bizarre setting or action as related in the previous post "Purpose in Writing."

Even contemporary stories whether in print or film can stretch inevitability. I watch Midsomer Murders, an English TV murder mystery. While it is in England, Midsomer county with its extraordinarily numerous villages is fictional. Another fantasy factor is every murder in each village leads to at least two more murders. Yet the lead characters are believable, and the stories are entertaining. Plus, of course, the English scenery is a strong attraction. Anthony Horowitz, the first writer for the program, explains the bizarreness of the show and what makes it appealing to viewers.

I believe these factors are also very true in written stories. If readers can relate to a character whether human or not (to sometimes even becoming the character), they can relate to very unusual plots and settings. Do certain things cross unacceptable lines? Yes. I think the promotion of hate unacceptable along with persistent and extreme cruelty of any type. I know hate and cruelty are part of many of my works, but it is there not to promote but to overcome. These lines between acceptance or rejection of reality and fantasy concepts differ with every reader or viewer no matter the medium.

Can there be other effects?

Yes! Interestingly, these trips of fantasy in writing can affect the future. In the PBS show "How Sherlock Changed the World," it describes how this fictional character first published in 1887 helped changed police investigative and forensic procedures starting in the next decade from an era where eyewitness accounts and smoking-gun evidence was prevalent and far less accurate than the methods used today. Fiction fantasy literally changed the world! I find this fascinating.
at 12:00 AM