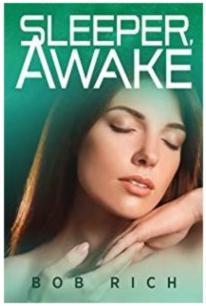 After the Cataclysm that ended life as most people knew it, a new world emerged without waste or hydrocarbons. A world using only natural energies and one with a much lower population. Only one million people are allowed on Earth at any time, and this is controlled by reproductive regulations. Women select the fathers of their children, and men must earn credits to earn status as possible fathers. Much of this was set about by a man named Tony who is revered as a prophet today. Twelve hundred years ago he invented a universal computer, Artif, that serves all of humanity and is overseen by the Control, a group of humans. Artif gives everyone help and guiding advice. The Control also manages who can have children. Tony also invented the implant that is placed in every human. It allows them universal communications. A person can talk to another person thousands of miles away without leaving the home or literally appear in a very realistic image.

Flora Fielding awoke from cryogenic storage hoping a cure for her cancer had developed in the time she was asleep. Instead, she found she was 1433 years in the future. It is now 1312 years after Tony. In her cryogenic space, a ball floats. It announces itself as Artif with the feminine voice that woke her up. Flora learns the world is drastically changed, but after so long in cryogenic sleep, why did the Control finally decide to awaken her?

SLEEPER, AWAKE is a very imaginative, creative, and believable story loaded with ideas on how the world of humans might change to save not only the Earth but also everything living on it. The characters are well portrayed, but even in this utopian future remain very human. It also serves as a strong warning of why we need to promote life-style and environmental change.