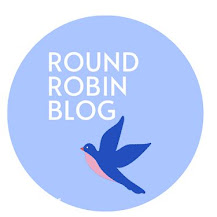 This month's Round Robin is to describe a flawed character you might use as a heroine or hero in a story. How did they become so flawed? How might their flaws affect the story and what will happen to them?

Arcane Revenge's anti-hero was once a good man, but what he has endured changes him into a conniving, hate-filled person who wants revenge.

I've been working on the Arcane Revenge story for a while. It has been a slow stop-and-go process with long hiatuses between writing episodes. This is a science fiction story about a rich man who was attacked, his well-known handsome face destroyed with acid, and declared an escaped prisoner. He ends up as a slave crewman on a spaceship. Much illegal finagling went on for this to happen. The ship, the Klester, was later damaged and abandoned with the ship headed for a collision course with the moon. The prison crew (more like slave), whose use by non-government ships had become illegal, was left aboard.

Unexpectedly a solar patrol ship investigated the Klester's problem as it was on its destruction course. It was an unfortunate procedure, but companies were responsible for the deconstruction of their unstable ships, but it was cheaper to have the space police destroy them. If the Klester was purposely disabled, the company would still pay. Plus they could not let the ship crash into the moon. By chance, this patrol found the prisoners and saved them.  The legal crew had already safely shuttled to another ship and their names shortly disappeared from all records. Two of the nine found prisoners aboard the Kester were dead, six were supposed to be in a prison facility for minor crimes, but the seventh was a person missing for seven years—Carson Riese—the very wealthy owner of the now-defunct Riese Shipping.

Riese wakes in a hospital feeling depressed, hopeless, and detached from everyone and everything. Then he learns his family will visit him, and thinks, Oh God. His family? They wanted to visit him? Probably to tell him Riese Shipping no longer existed and his wealth was gone. His detachment turns to anger as he knows they have consumed his wealth although none had been named in his will. Plus, he knew that just before the attack on him, he had sold the ship that became the Klester. He had recognized it, so whoever trapped him knew exactly who he was. Now he doesn't want anyone to see him, not with his destroyed face. While his anger increases he thinks of ways to destroy those who destroyed him. He would make them pay somehow.

The problem I've run into is how to allow Carson to take revenge but remain, or return to, a basically good person, or at least one an audience can relate to without disgust or hatred. I still have not decided how the story will end, but want to have as many devious revenge and hopeful redemptive twists and turns within the plot as possible.

However, writing this post has made me reread what I have done and maybe even inspired me to finish it