How Much and What Do I Read? 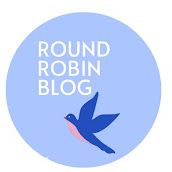 This month's round-robin question is about how much reading I do, both for pleasure and for a work in progress.

I love to read and love my Kindle! My Kindle has more than 40 books on it, and I carry it with me all the time, along with a recharging cord and adaptor for electric outlets. I read during breaks at work, or while traveling (if not driving), and while in bed before sleeping. I've already worn out two Kindles.

I also read a lot of non-fiction, mostly in historical or science genres, but some are on various other topics like gardening, art, writing, psychology, and more. When  I'm gone, I sometimes wonder what will happen to my 1000 or so books.

In the novel category, I love to read fantasy, contemporary romance, historical romance, or just historical stories, mysteries, and even general fiction. Becoming immersed in a story is satisfying as it generates all types of emotions, and becomes relaxing at the end when all (or most) problems are resolved. Stories I love I read multiple times.

I also read a lot of non-fiction. (Why do we call in non-fiction? Isn't there a better name, like factual or informative books? Something without the 'non' moniker.)

In history, I love reading about the earliest civilizations. In this category, I've read the Sumerians: A History From Begining to End, and I was fascinated by all the knowledge provided about a civilization existing from 5000 to 2000 BCE. I learned they came up with the concept of a 24 hour day, a 360-degree circle (a sexagesimal system which we still use today in our timekeeping), the year was split into 12 segments, they had a written language (cuneiform), they identified all the planets although the Greeks and Romans named them, and developed the zodiac. They had mathematical calculations to predict the future position of planets, multiplication and division tables, square roots, geometrical exercises, financial and loan contracts, and much more! I was so surprised to learn what humans knew over 4000 years ago and at the very beginning of humans living off the land in one location rather than roaming! Learning is one of the pleasures of reading!

I've read many non-fiction books for background information on stories I have had in progress.  For instance, for my novel Constantine's Legacy, I read numerous books on the Roman Empire, the Carolingian dynasty, and the dark ages that are now known as the early middle ages. While the novel is fiction, many facts about the era were needed. Not much fiction is written about this era, but like the Sumeria, I think much more information is now available.

Because I like to write science fiction, I also need some groundwork for basic science in those novels. While some science can be fictional, it cannot be science from this age, or else the book turns into fantasy. Admittedly, I've written fantasy, but sci-fi is different (or should be—I've read a few that were based more on fantasy than science—but that's writing for you). So I've also read information for story background data on how to bioform a planet for future inhabitation, how different police departments work (for books in a contemporary setting—although policing has changed with time, too), and about various military ranks, and more on other various story topics.

I have to admit reading for me is more than a hobby—more like a passion.

Read more on this topic at the following author's sites: