Do I use current issues in my writing? 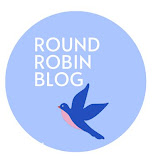 This month’s topic is about using current social, political, or environmental problems in any of your stories or if you have ever thought about doing so? Why or why not? Such as:

I thought I would say no to all of the above because most of my stories are fantasy or science fiction; but then, after some thought, I realized I did deal with some of these issues but in very minor ways. For instance, in Dragoons Journey the setting has humans living within enclosed habitats on a planet still developing an inhabitable climate. While starting their expanse into the outdoors world, it is mentioned that they should avoid the problems of human contamination of Earth and continue to live in habitats. From another perspective, future humans might have to adjust to living in constructed habitats if the projected dire consequences predicted for Earth’s changes come true. So perhaps I was forecasting changes to come?

Then I realized that both my Black Angel and Homeworld series are filled with politics. Yet these are not today’s politics. The Homeworld series also shows the female gender losing the equality they’ve worked so hard to gain in our cultures. The conflict between those who rule and those who must follow the rulers’ edicts seems to be prevalent in all societies.

Overcoming problems is one feature that makes writing and reading interesting. Readers have their concepts of what life is like in the contemporary world and what types of problems there are, so they can relate to almost any issue. (Which is probably a good thing.)

So yes, I’ve dealt with politics, global warming (future), and other current issues in an incidental manner, but not as a direct issue in any story.

Visit these authors to see their answers to this question: