Have you ever passed an abandoned place, home, building, thing, and wondered what happened? Why was it left? Curiosity is a strong motivator, and it seems many of us have an obsession with abandon anything, but especially buildings. Need proof? Just Google 'abandoned building' and amazing images show up. Perhaps it is a desire to act the archeologist, and discover some precious treasure. Sometimes it must be to prove you've been somewhere as proven by the graffiti covering, and sometimes it is just the desire to hasten destruction — to smash and destroy.

I have passed this old, debilitated house for five years. When the tree leaves emerge in late spring until when they fall in the autumn, you can barely see the structure from the street. Through all of the winter, it stands a stark, barren structure. You can't see it beneath the snow, but even the roof is only wood planks, no shingles or other protective roofing left. 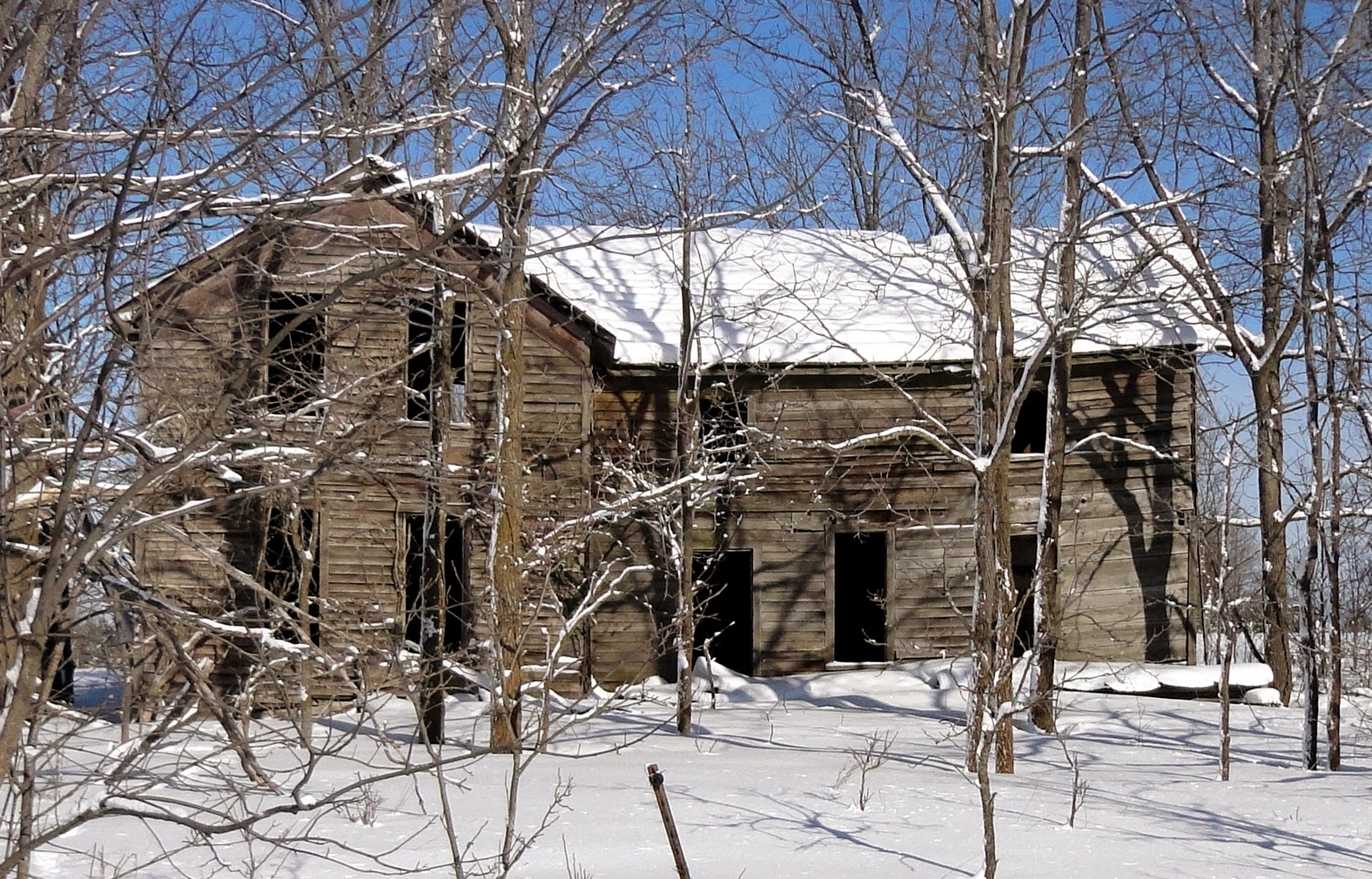 What happened? Why was it left to rot? With the DIY drive among many adults, and so many TV programs dedicated to fixer-uppers, why wouldn't someone have taken on this house when it was still possible? Perhaps gutting it to update plumbing and electric was too expensive. However, the house isn't too far from good community centers, so I can't believe the problem was how distant it was from everything. It's only four miles to the nearest town and about fifteen miles from Lake Michigan. Was there a major issue with some aspects of the house? Asbestos? Too much lead paint?

I think what attracts me to this sad house is its symmetry and the proportions of the building. I imagine it as a proud farmhouse at some time in the past. Does it still belong to the last family who used to live in it? Are they sad to see its condition or do they no longer see it at all? Was it a happy home or one everyone who lived in it sought to escape and would rather forget?

I've seen abandoned houses in cities. Most look to be very sad, graffiti-covered, broken glass, with busted doorways, and sometimes, curtains still attached to the windows the wind lifting the fabric to wave through the window at a passerby. Often these structures are in poorer parts of towns, but recently, they are found in middle-income neighborhoods. I know this farmhouse has been visited, and I'm sure the curious have ventured inside. There is nothing left to prevent their entry but the threat of falling debris and weak wood floors. No one can guess when this structure will fail, but I guess soon. This old house has lost its porch, doors, and windows long ago. You can see the pile of debris at the front door. Yet it still stands as a testament that it once offered shelter to a family... do they haunt it? If it is, then it must be a happy haunting as daffodils planted in happier days still bloom in what was once a must have been a side garden.

Email ThisBlogThis!Share to TwitterShare to FacebookShare to Pinterest
Labels: abandoned homes, imagination, my world, round robin